Mega Millions lottery (originally known as The Big Game in 1996 and renamed, temporarily, to The Big Game Mega Millions six years later) is an American multi-jurisdictional lottery game; as of January 30, 2020, it is offered in 45 states, the District of Columbia, and the U.S. Virgin Islands. The first (The Big Game) Mega Millions drawing was in 2002; see below. What is now Mega Millions initially was offered in six states; the logo for all versions of the game following the retirement of The Big Game name featured a gold-colored ball with six stars to represent the game’s initial membership, although some lotteries insert their respective logo in the ball.

Mega Millions is drawn at 11 p.m. Eastern Time on Tuesday and Friday evenings, including holidays. Mega Millions is administered by a consortium of its 12 original lotteries; the drawings are held at the studios of WSB-TV in Atlanta, Georgia, supervised by the Georgia Lottery. The hosts are John Crow, Carol Blackmon and Sabrina Cupit. 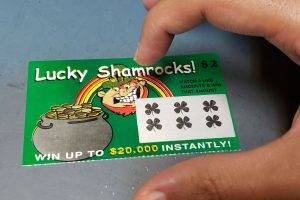 Under the current version’s regulations (which began October 28, 2017 with the first drawing October 31) for Mega Millions, the minimum Mega Millions advertised jackpot is $40 million, paid in 30 graduated yearly installments, increasing 5% each year (unless the cash option is chosen; see below for differences by lotteries on cash/annuity choice regulations.) The jackpot increases when there is no top-prize winner.

Reflecting common practice among American lotteries, the jackpot is advertised as a nominal value of annual installments. A cash value option(the usual choice), when chosen by a jackpot winner, pays the approximate present value of the installments. Mega Millions’ previous format began on October 19, 2013; its first drawing was three days later. The current version of Mega Millions requires players to match 5 of 70 white balls, and the gold-colored “MegaBall” from a second field, of 25 numbers (5/70 / 1/25).

Each game costs $2. Of the 47 Mega Millions jurisdictions, all but California offer an option, called Megaplier (plays with the Megaplier are $3 each) where non-jackpot prizes are multiplied by 2, 3, 4, or 5. The Megaplier was made available to all Mega Millions jurisdictions in January 2011; it began as an option available only in Texas. Several of the game’s members offer the Just the Jackpot option, in which two plays cost $3. Only the jackpot can be won; none of the lower-tier prizes are available on such a wager.

The largest jackpot (in which the jackpot was won) in Mega Millions history was $1.537 billion, for the October 23, 2018 drawing, in which there was one winning jackpot ticket, sold in South Carolina. The winner anonymously claimed the prize in March 2019.

How do I play Mega Millions?
Pick five numbers from 1 to 70 and a Mega Ball number from 1 to 25, or select Quick Pick. Add the Megaplier option for a chance to multiply any non-jackpot winnings.

What is the Quick Pick option?
The Quick Pick play generates random numbers to use in the draw so that you don’t have to come up with your own.

What is the Mega Ball number?
It’s the sixth number on your ticket, ranging between 1 and 25. Matching it wins you at least $2.

What is Just the Jackpot?
Just the Jackpot is a feature that gives players two sets of numbers that are only valid for the jackpot. It’s offered in Georgia, Indiana, Kansas, Kentucky, Nebraska, New Jersey, New Mexico, New York, Ohio, South Dakota, Texas, Virginia, West Virginia, and Wyoming. When playing Just the Jackpot, non-jackpot prizes are not available. In some states, the numbers are Quick Pick only.

Where do the Mega Millions draws take place?
Draws are held in Atlanta, Georgia, at WSB-TV.

If I buy my Mega Millions ticket in one state, can I redeem my prize in another state?
No. Mega Millions is sold by individual state lotteries, so you must redeem your winning ticket in the state in which it was purchased.

Mega Millions is played in 45 states in the U.S. as well as the District of Columbia and the U.S. Virgin Islands.

New York and California have had the most winners for Mega Millions.

In Indiana, Kansas, Kentucky, Ohio, South Dakota, and Texas, Just the Jackpot plays are only available as Quick Picks.  Click here to see the latest Mega Millions numbers and results. 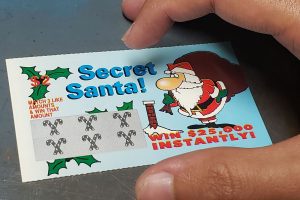